The HO-scale Carleton Railway portrays a rural area with potato fields, livestock farms, and a sense of open spaces. Instead of crowded buildings and urban industries, the layout is home to barns, potato warehouses, and rural scenes--including what may be the world's largest HO-scale potato field. In this clinic I will show ways that I have created the feeling of a rural area while providing for interesting railway operations. I will show a variety of typical rural scenes that I have included on the layout, and I will suggest some specific ways to help create the illusion and atmosphere of a rural community. We will consider what makes a community rural, and then look at particular scenes that can be modelled.

Steve McMullin is a sociologist, professor, and Academic Dean of the Faculty of Theology at Acadia University who has been an avid model railroader since Junior High School days. He is particularly interested in realistic operations and in modelling the potato industry. His double-deck HO-scale Carleton Railway fills a 28' x 40' basement. He served for several years as president of NMRA Canada and currently serves as advisor to the Eastern Canada Division. He is married to Rosalie and lives in Saint John, New Brunswick. 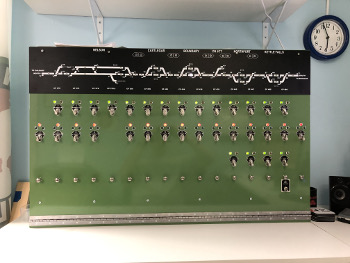 A CTC Machine for the CS&P

Drew has been a model railroader since he received an AHM train set when he was 11. He is a long time member of the NMRA and is currently superintendent of the Central New York Division. Drew's passion in the hobby is operations and is a member of the Operations Special Interest Group. We toured his HO scale Canada Spokane & Pacific railroad during last year's NERx and the layout was featured in the Oct/Dec, 2018 Coupler. The 1,500 square foot CS&P was designed and built for operations and Drew's favorite part of the hobby is hosting sessions for his local friends and guests from out of town. Drew has had articles published in the NMRA Magazine and The Dispatcher's Office. 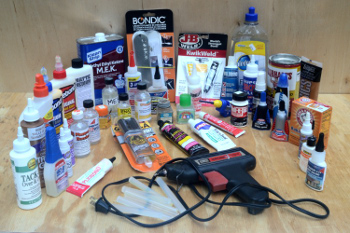 Along with model railroading, Jim executes DIY projects for home improvement, repair and some woodworking. These activities resulted in his collection of adhesive and filler products. Many of these items are useful in model railroading. In this clinic Jim offers some information and explanation of materials and techniques used for creating a model railroad. Focusing on holding parts together and filling in gaps, Jim shares some of his experience, observations and discoveries.

Since his older brother had Lionel trains, Jim realized that HO trains were more realistic, particularly the track. One Christmas, Jim received a Mantua Union Pacific Mikado and several freight cars. Since then he has always been interested in model railroading. After receiving a copy of Linn Westcott’s book HO Railroad That Grows, Jim started work on his first model railroad. Growing up on Staten Island, he did not see many real trains, and his inspiration came from model railroad magazines.

Jim first joined the NMRA in 1979 and when he moved to Middletown, NJ, he joined the Red Bank Model Railroad Club. In 1985 he changed jobs and relocated to Sussex County, leaving the club and the NMRA. Between his job with some business travel and raising two sons, Jim was busy but he stayed engaged in the hobby through magazines and then the Internet.

With his sons away at college, Jim renewed his interest in model railroading and joined the NMRA again in 2011. He became active in the Garden State Division, joined the Board of Directors in 2014, and later was elected division Secretary. He recently volunteered to be the division Clinic Chairman and since 2014, he has taken photos at our in-person events. Jim also writes a “Tools and Tips” column in the division’s newsletter, the Whistle Post. 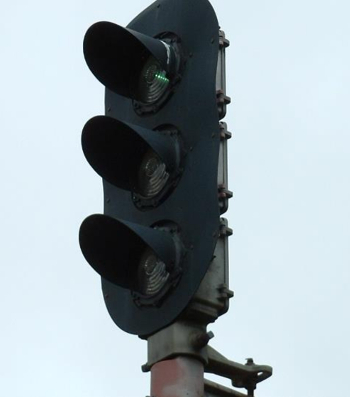 Historically, railroad signals have been, for many modelers, one of the more challenging “aspects” to incorporate on a layout for a wide variety of reasons. Regardless of size, complexity, era, or level of sophistication desired, there are very few model railroads (or model railroaders) that would not benefit from adding at least some part of this very important part of the prototype. This clinic will provide a basic introduction to the scope and use of signals by the railroads, and address not only “what” is available and “how” signals can be used in modeling but give a perspective as to “why” a new (or even experienced) modeler should consider exploring this oft-overlooked area of the hobby. 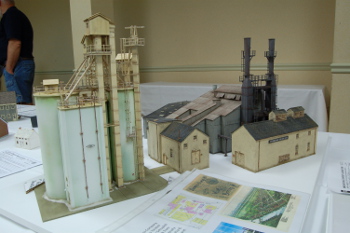 Diamond Glass Company, the prototype, was located along the banks of the Schuylkill River in Royersford, PA from 1894 to 1989. It was originally rail-served by the Philadelphia & Reading, then the Reading, and finally Conrail. The clinic presentation explores the research and construction of this scratch built model including some background on glass making.

Richard has been a member of the NMRA since 2000. He was recognized as a Master Model Railroader in 2006 and has won multiple service and judged contest awards including three (3) Best-in-Show plaques. His passion is scratch building structures that are not available commercially. Richard is constructing his second freelanced HO scale layout that is influenced by the PRR and a secondary interest in logging operations. He is a past member of the Philadelphia Division, MER, but due to a relocation in 2015, he is currently a member of the Garden State Division, NER and resides in Plainsboro, NJ. 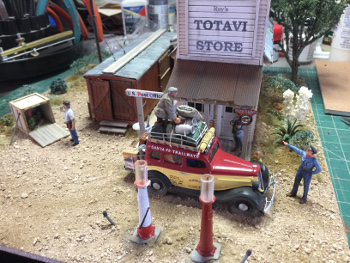 Taking a challenge from Pete Magoun MMR, Jim decided to build a replica of the Pie Town Stage, a 1936 Plymouth utilized by the Santa Fe Trailways Company to ferry passengers and goods between Pie Town, NM, and various towns in eastern Arizona. It was inspired by an image that was in the SHORPY collection (also available through the Library of Congress). Jim will describe the steps in making the stage (converted from a 1936 Ford), as well as altering a Stoney Creek structure represent a "what if situation" - the Santa Fe Trailways taking over deliveries on the abandoned Chili Line in the late 1940's and early 1950's - in particular the packing of the express at Totavi, NM.

Jim Gore MMR is a retired professor of biology and college Dean, having moved from Florida to New Hampshire a few years ago. He has been active in the NMRA since 1991 and has served on the national board of directors, chair of the AP program in the SSR, and is currently the manager of the Modeling With The Masters program. Jim models northern New Mexico in On30. 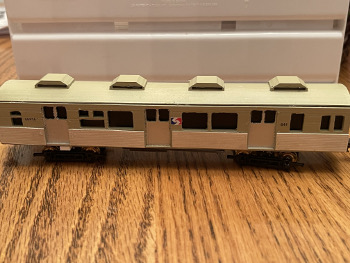 The clinic will introduce a finished model that was created from a LiDAR scan, 3D printed, painted, decaled and motorized. The clinic will discuss some of the challenges and work-arounds necessary to power 3D printed equipment.

It's coming! The Digital version of the NMRA Magazine is coming!

If you want to learn more about how to access the magazine and the platform being used to read it, you will not want to miss this session.

Riley Triggs, the NMRA National Publications Department Manager, will be provide a short demonstration on the Digital NMRA Magazine, a few slides, and then take questions from the audience. This is your chance to see what is coming beginning with the May issue! 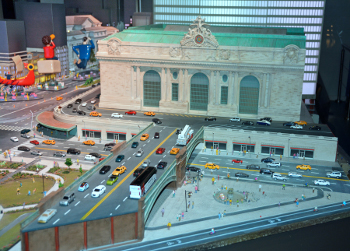 A Tour of Gulliver's Gate

This is a 20 minute tour of the Gulliver's Gate HO scale attraction formerly off Times Square. It features miniatures of iconic landmarks and scenes from multiple locations around the world, including New York City, Paris, Jerusalem, Buenos Aires, and Moscow. NER secretary and former Coupler editor Jeff Paston shows highlights of the display as Gulliver's Gate prepares to reopen in a new location this year on Staten Island adjacent to the St. George's Ferry Terminal.

Jeff is a former television news reporter and once wrote for a daily newspaper. He is also a photographer, most recently for a local college, where he shot video for stories and edited material for use on TV and the Web. He is also a Web site designer. In model railroading, Jeff was a regular contributor to Railroad Model Craftsman magazine in the 1980s and '90s, including the multi-part project railroad articles on the Lowville & Beaver River RR in upstate New York. 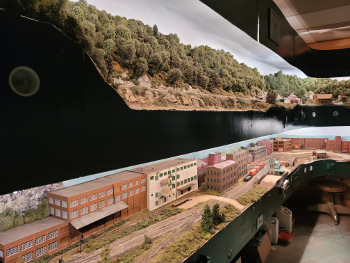 Layout Design Considerations to Optimize the Experience of Operation

Operating model railroad layouts - no matter the size, scale, era and location being modeled - require nothing less than a theatre-design mindset before any construction commences.

As with a movie set or a theatre stage, our long-term goal in building our model railroad layouts for the purpose of operation with others either running or watching is for one purpose: force the perspective of the imagination of the viewer from one of being just an observer or spectator to becoming an emotional and focused participant of the operation experience.

Jim shares the detailed process of decision making in the design and construction of his full basement, HO scale layout: the 1948-era, freelanced Ogdensburg and Norwood Rwy. This clinic intends to shows (1) the challenges met in mating factors of layout design, available space, and traffic concepts, (2) tackling layout-room physical realities and manipulating them for maximum layout-viewing imaginary effectiveness, and (3) before construction, being prioritized and open minded in options toward a "total" experience by guest operators and viewers. Jim hopes this clinic will release your deeper creative juices in our great hobby.

Jim Heidt - Proud in being a fourth-generation railroader, in his youth Jim worked on the family business: the 25-mile long Ogdensburg and Norwood Railway from 1967-72, which was the westernmost part of the Rutland. The family's deeper experience was on the NYO&W so, when Jim "imagineered" his model O&N concept during the late 1970s, he backdated the model road to 1948 and extended into a Class 1 freelanced road which has been a 27+ year-long project with dear friends. Jim is now a retired NY trial lawyer, keeping active serving two parishes as an Episcopal priest, and will hopefully find "full" modeling time. He has two children, two grandchildren, and is married with Meribeth Seaman, high school sweetheart who also rode on the real O&N years ago.